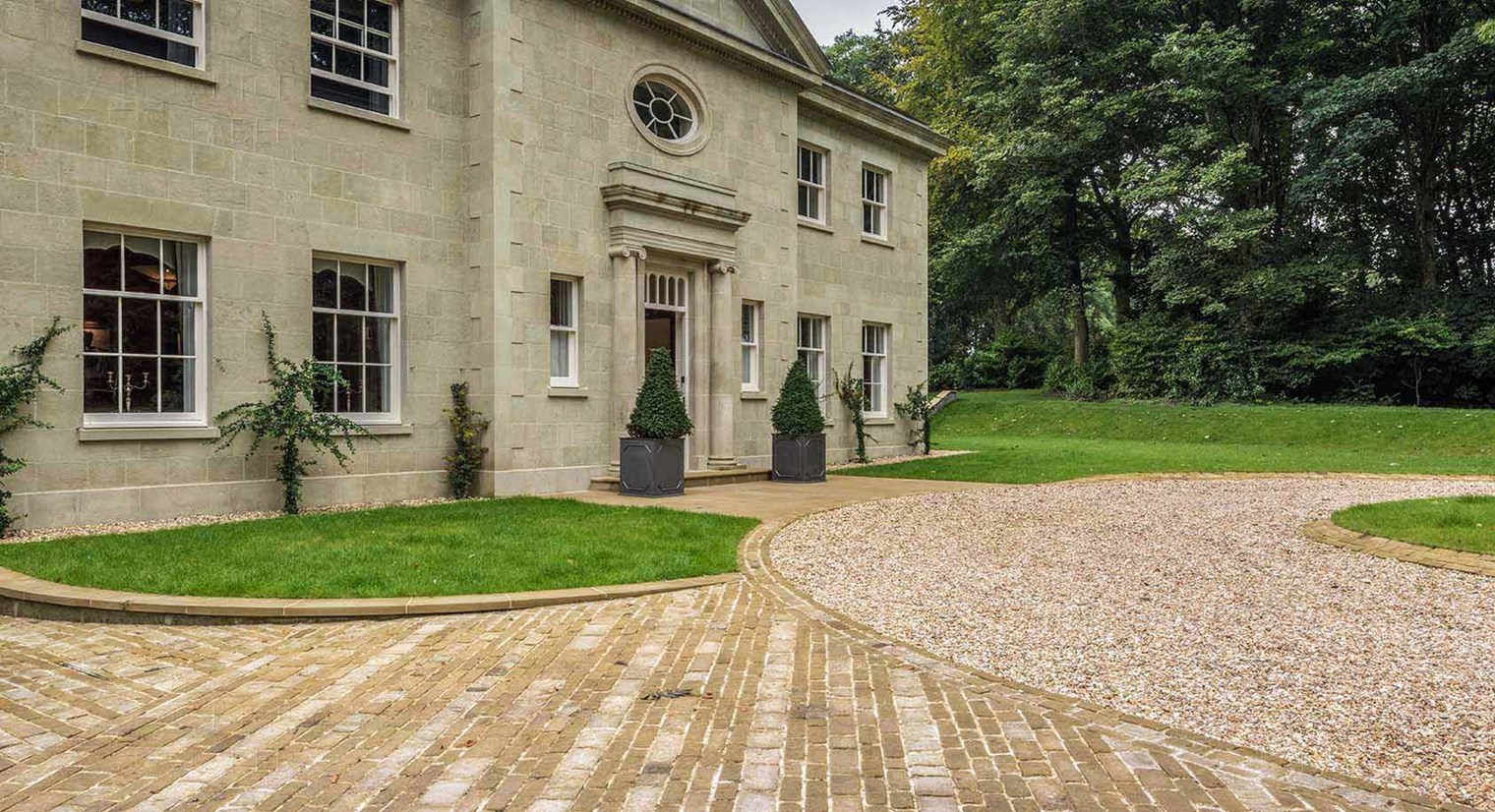 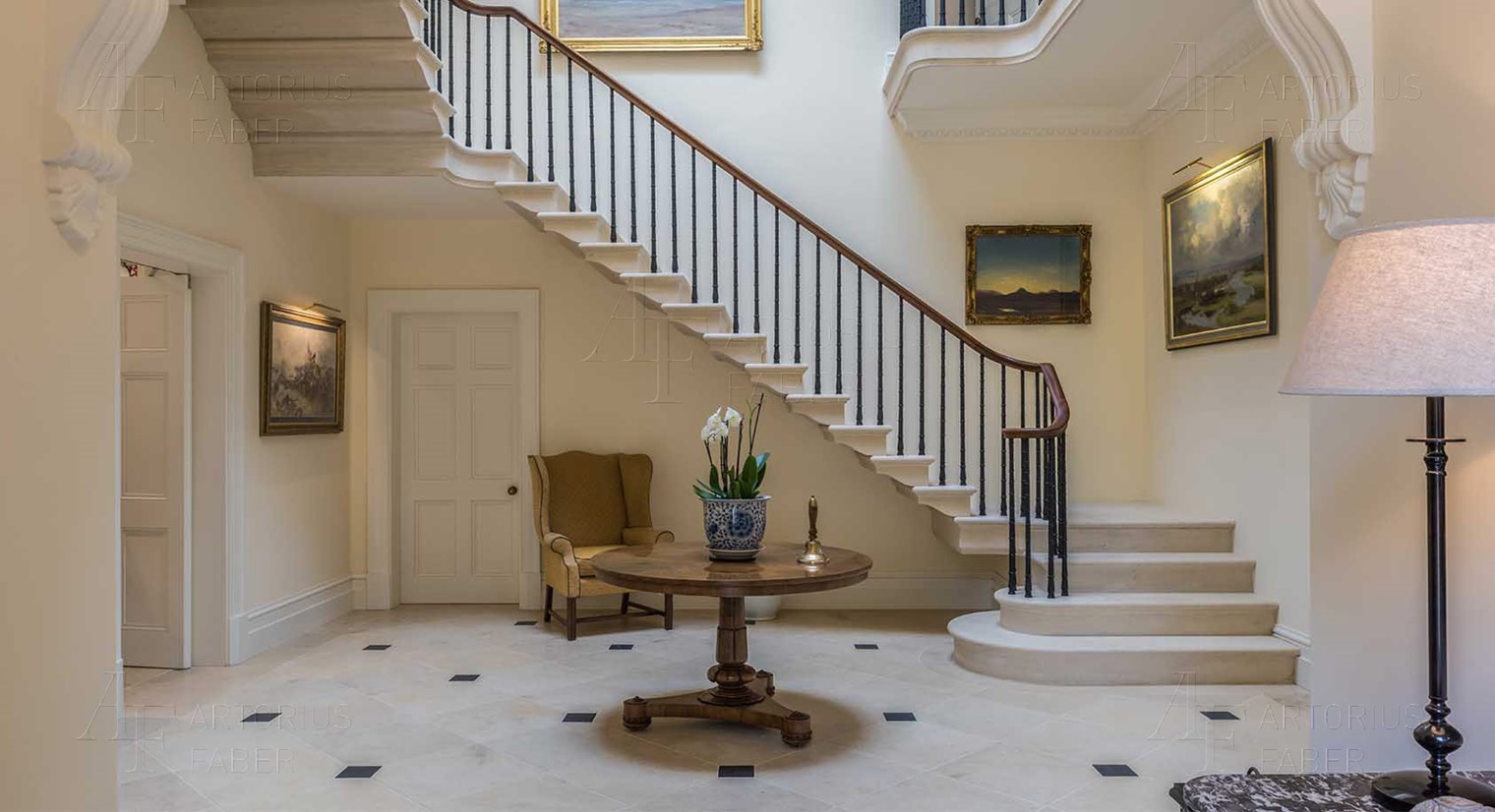 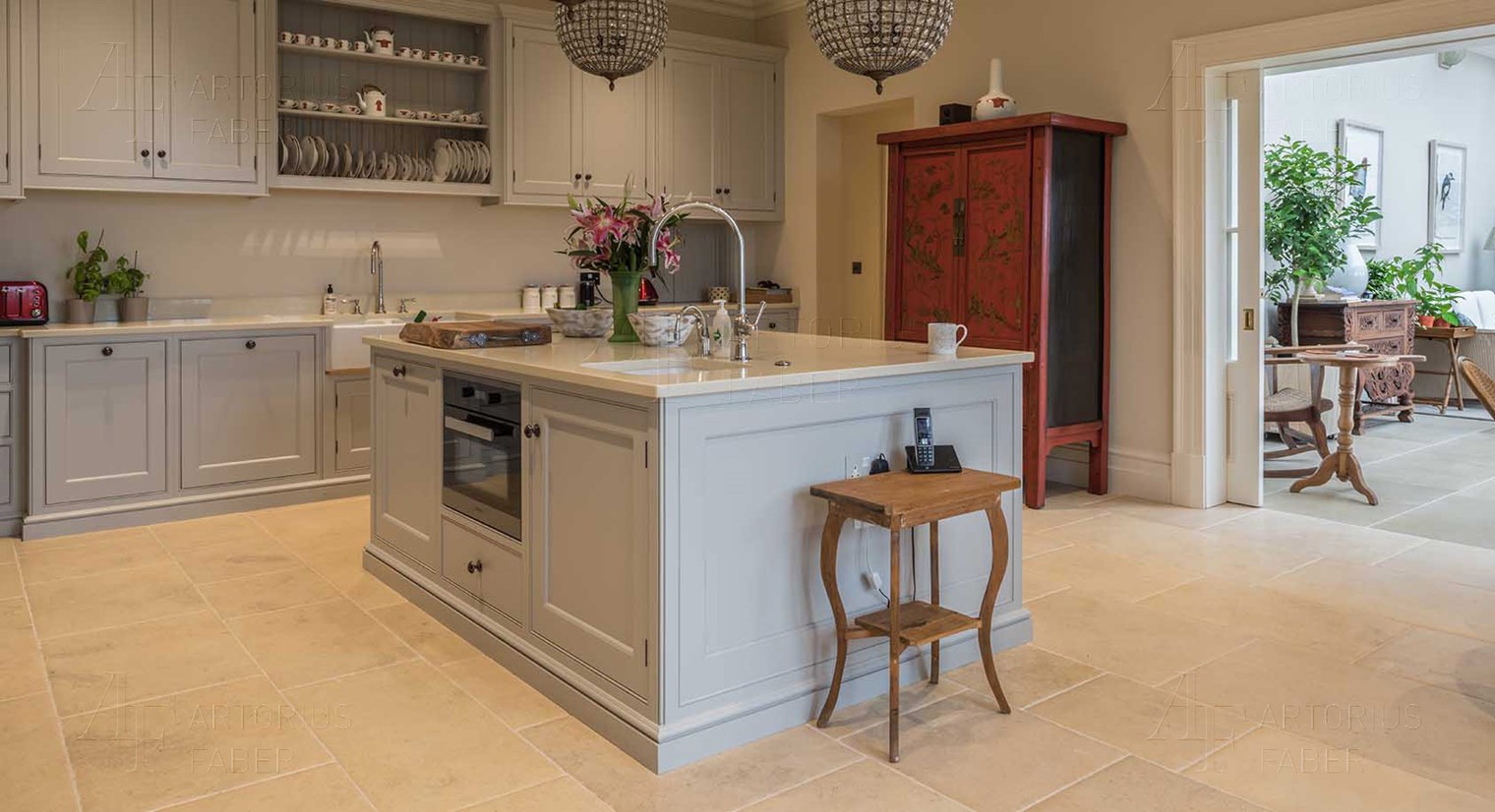 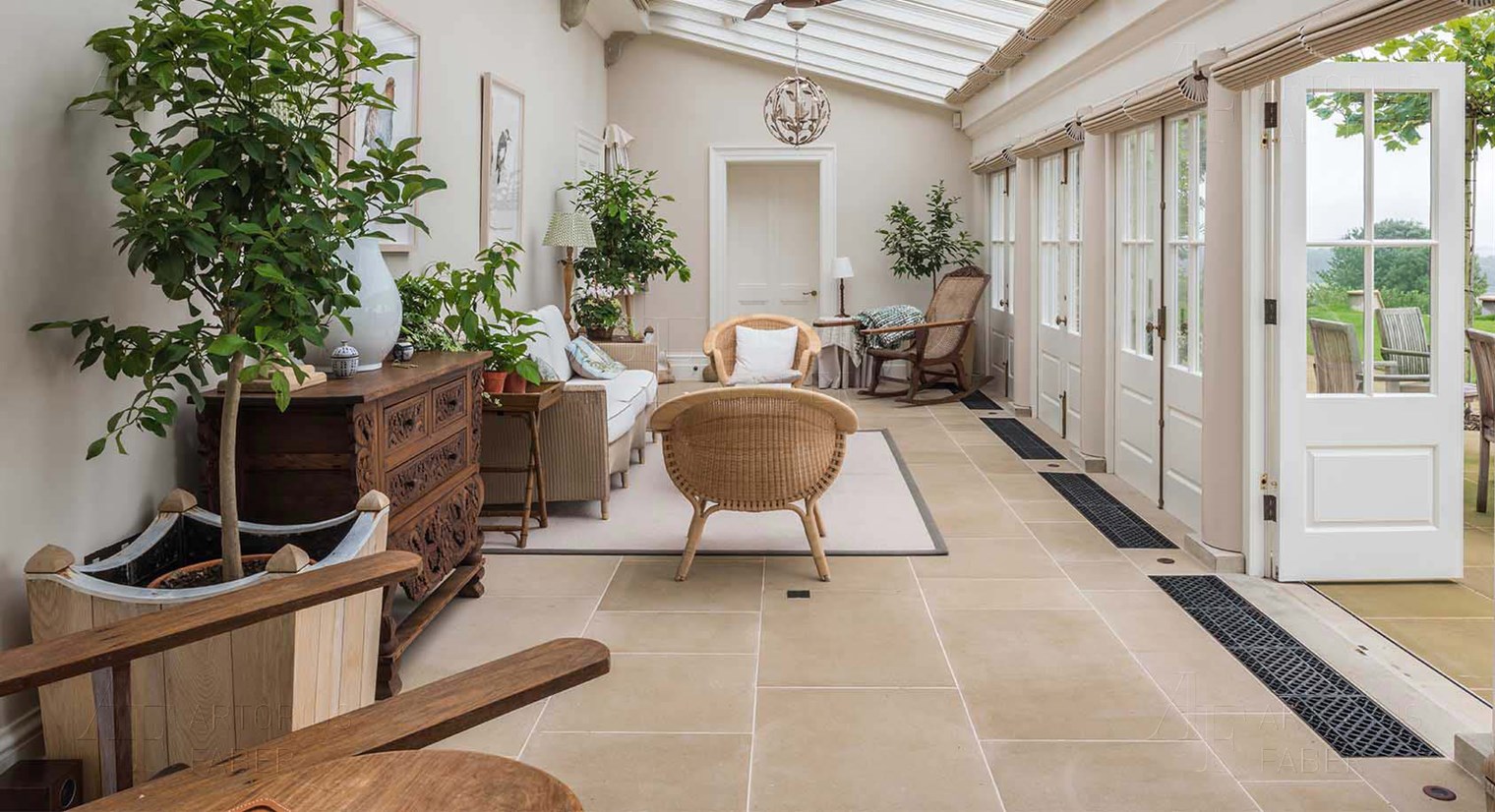 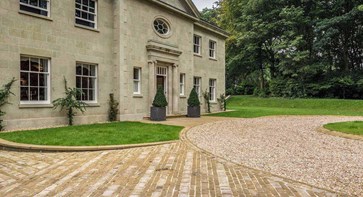 A substantial Georgian new build in the heart of Dorset.  The classic Georgian style floor in the hallway using Cradley English Limestone with a Snowdonia Slate Cabochon, makes an impressive entrance.  Cradley English Limestone was also used in the kitchen, utility room and boot room.  Its smooth, undulating surface and rounded, fettered edges recreate the appearance of old flagstones.